What does that mean?!

Well, in short, it means that the colors of the Siberian Husky are a delightful adventure. Still confused? Not to worry. Let the AKC registration form be your guide.

The color descriptions provided by the AKC help us categorize the different color variations of the Siberian Husky. Obviously, within each description there can be a "color range". Two different people might have brown hair listed on their drivers license but that doesn't mean that their hair is the same exact SHADE of brown. Similarly, two different Siberian Huskies, registered as Black & White huskies can still look quite different. However, they will still need to fall within the boundaries of this coloration. 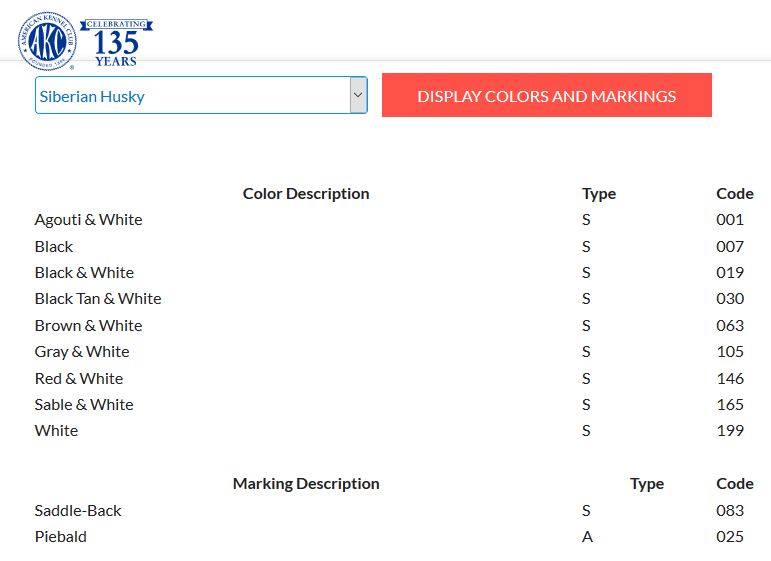 The SHCA provides an excellent breakdown of the framework of each color descriptions. Their statement is as follows:

Black
Guard hairs are banded with some amount of white near roots. Single white guard hairs appear more frequently. Undercoat may be lighter than is seen in the jet black coat while some buff-colored hairs may be found in the lower stifle and in the vicinity of the ears. The dog gives the impression of having a black and white coat but without the depth of pigmentation found in the jet black and white coat.

Dilute Black
Guard hairs are banded with the whitish cast extending substantially from the root and tipped with black. Undercoat has a whitish cast. Dog appears to be black on head and along spine while shorter guard coat along flanks produces a silver effect.

Silver Gray
Guard hair is banded with various tones of white and minimal black tipping. The undercoat is of a whitish cast. The effect produced is a silver shade of gray on head, back, and flanks, with only minimal darkening along spine.

Gray
The guard hair is banded with cream and/or buff tones near the root with black tipping. The light undercoat is toned to give the dog a yellowish-gray cast.

Wolf Gray
The guard hair is banded with buff tones near the root with black tipping. The cream tones of the undercoat combine to give the dog a brownish-gray cast.

Always associated with liver points (nose, lips, and eye rims) and complete absence of black hairs. Light, medium, and dark may be specified, determined by the amount of solid color banding on guard.

The guard hair is banded with a reddish cast near the root with black tipping. Undercoat is reddish-copper. Always accompanied by black points; this color gives the dog a reddish cast and is not to be confused with wolf gray.

The guard hair is banded with black near the root and at the tip with a yellow or beige band at the center of the hair. Undercoat is very dark. Defined as the "wild color," it is most frequently seen in wild rodents.

The guard hair appears to be either monochrome (not banded) or banded with pale cream tinges at the root of an otherwise white hair. An occasional black guard hair may appear. The undercoat is solid white. This coat color results from either an extreme piebald factor or an extreme dilution factor and may, as a result, be accompanied by either black or liver points. 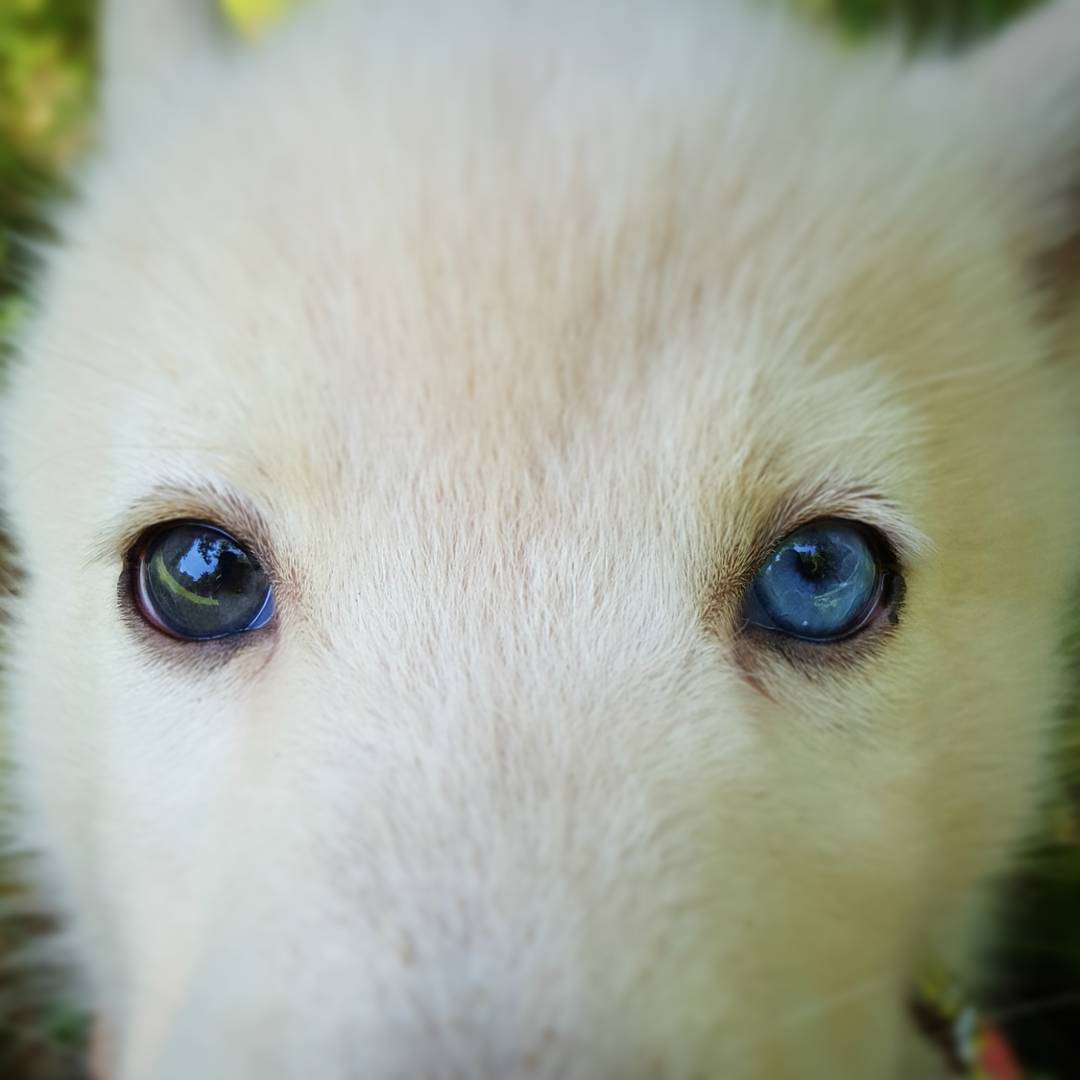 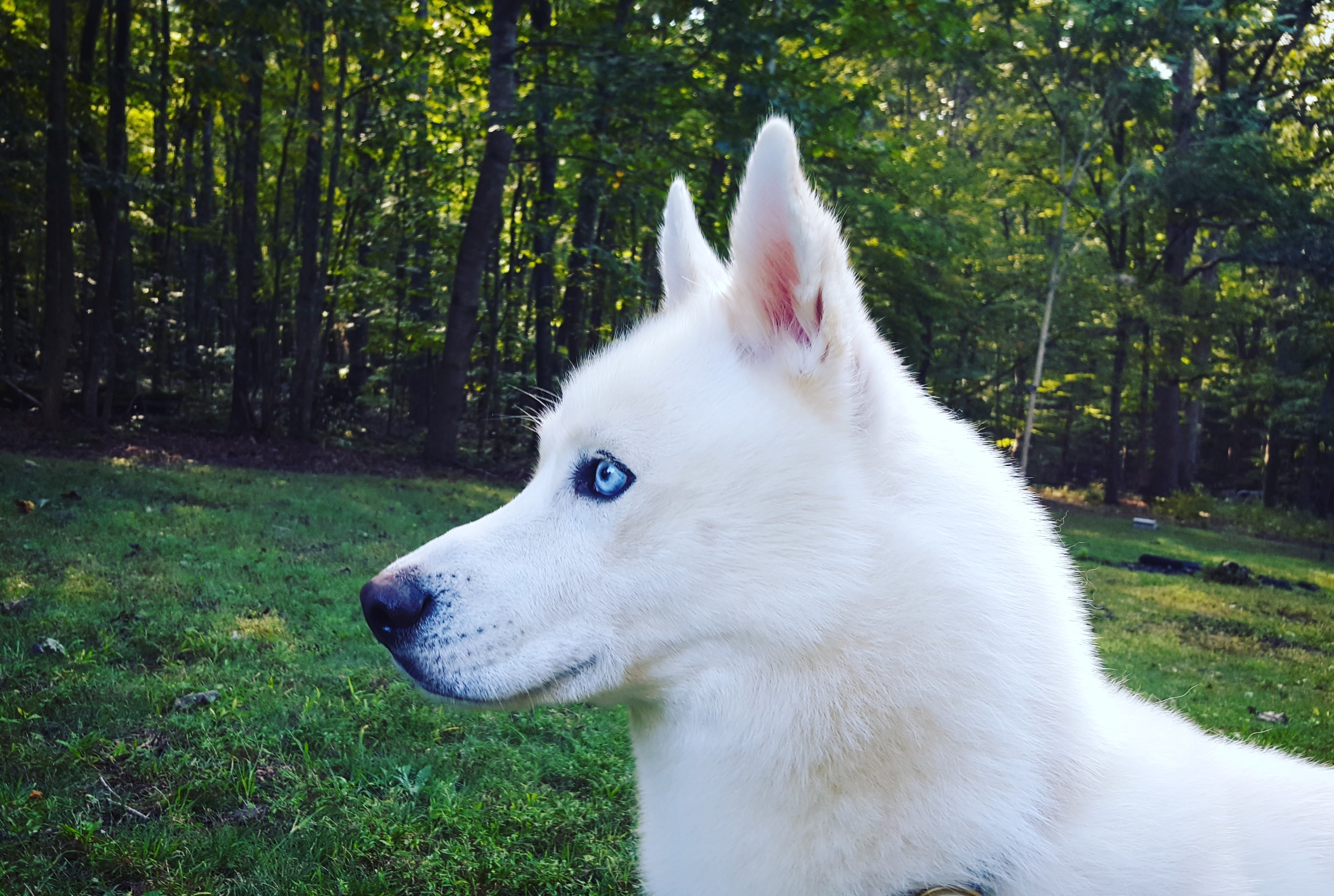 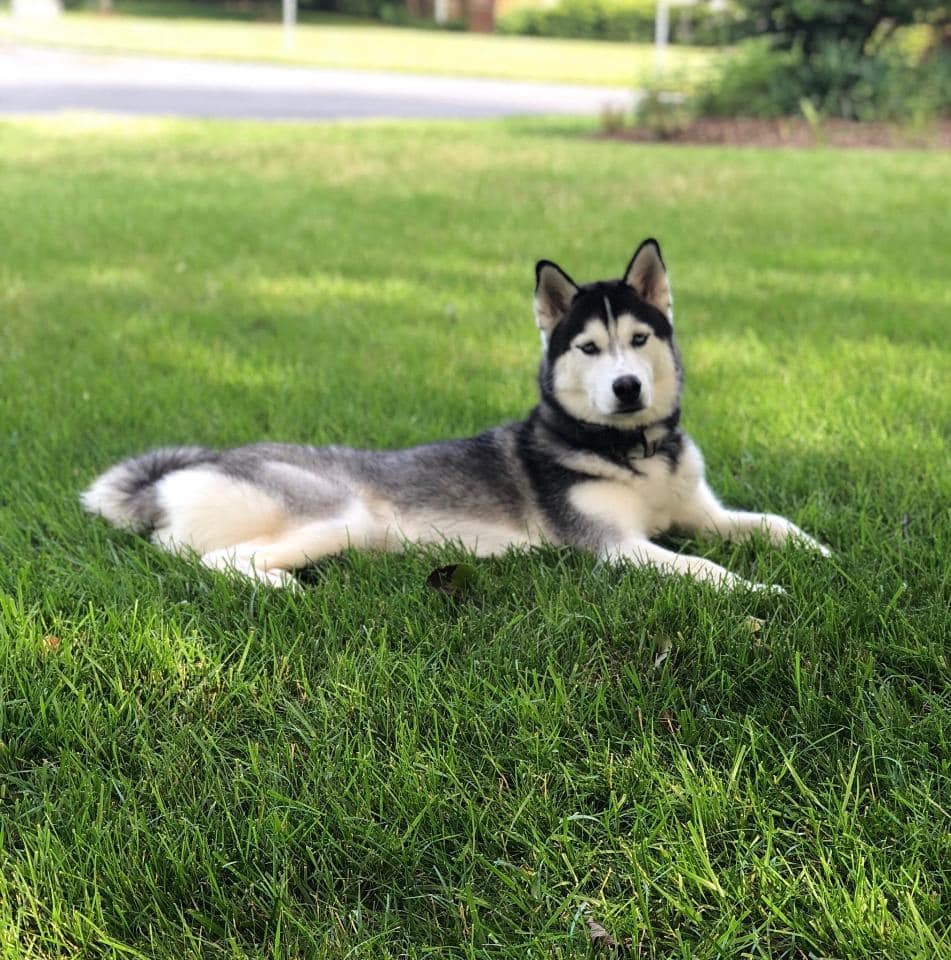 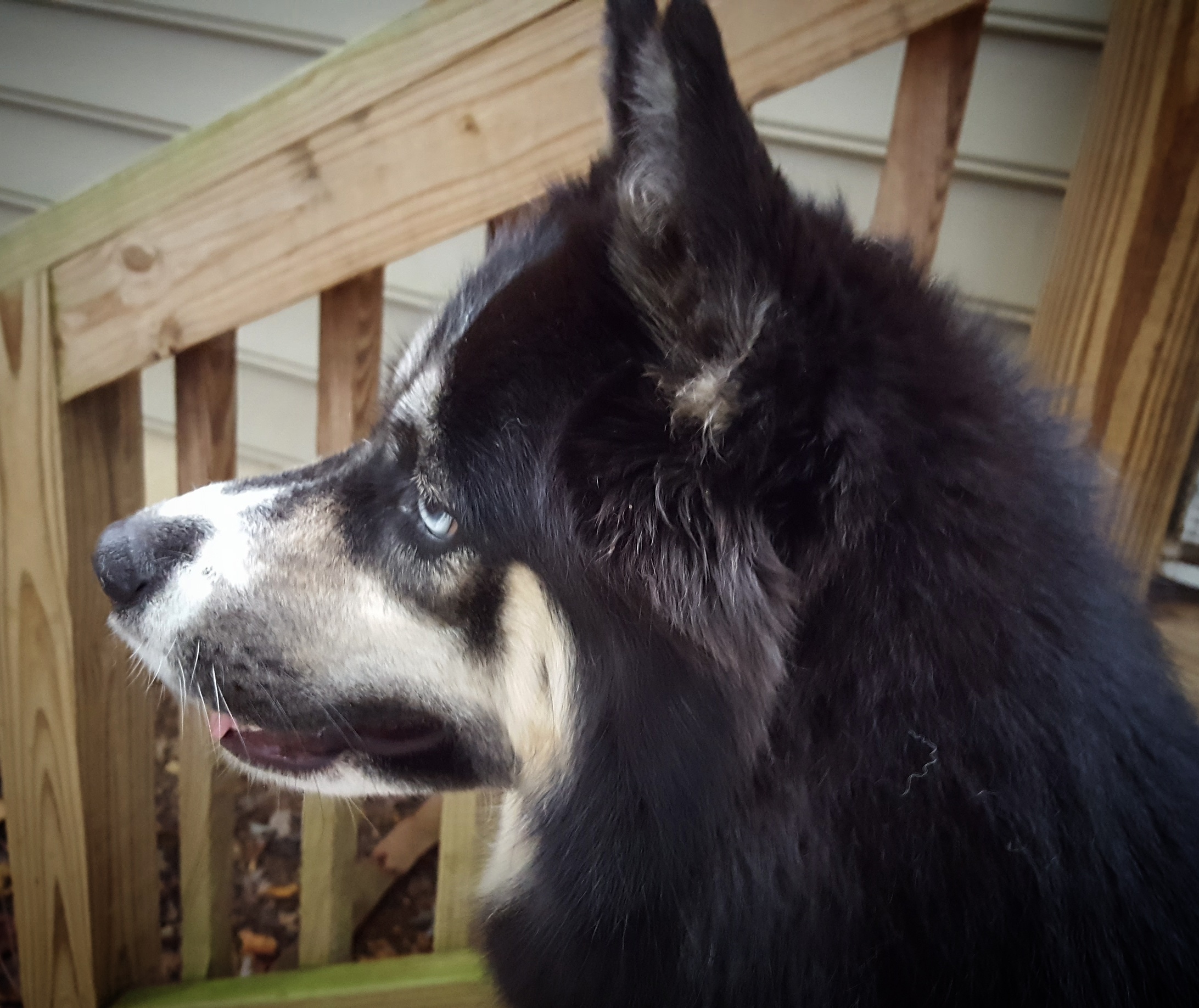 Because pictures are helpful...

A comprehensive illustration of the colors of the Siberian Husky can be found here.

Links | How to find a good food 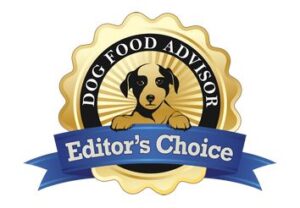